Nigerian Millionaires will Increase in Number in the Next Four Years 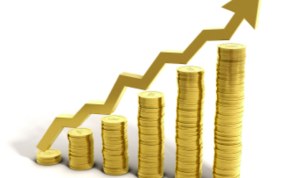 According to the report “The number of people in Nigeria with investable assets of at least $1 million will jump to 23,000 by 2017, after increasing by 44 percent over the past six years to 15,700 in 2013.” The Johannesburg-based New World Wealth in a report published, yesterday, added that about 26 per cent of their $82 billion of wealth was held offshore last year, with the bulk of private-banking funds deposited in the U.K., Switzerland and the Channel Islands.

Lagos, Nigeria’s commercial capital is home to 9,500 millionaires, or 61 per cent of Nigeria’s total. Next to Lagos the report said is oil industry hub Port Harcourt with 1,300 and the capital Abuja with 600, according to New World Wealth. The oil and gas industry was the source of 24 per cent of this wealth.

Nigeria is home to five billionaires, according to the report, including Africa’s richest man Aliko Dangote, whose businesses range from cement to sugar. Dangote has a net worth of $25.2 billion. The country has a population of 167 million and could officially become Africa’s largest economy this year, overtaking South Africa, which has an annual output of about $320bn.

Nigeria will complete a recalculation of its GDP, which currently totals $295bn, in the next few months. This rebasing, its first since 1990, will lead to sectors that have boomed in the past decade, such as telecoms and banking, being given more statistical weighting and likely increase the size of the country’s economy by 30 per cent to 60 per cent.

However, for all the kudos that will come with being Africa’s largest economy, the reality will remain that more than half of Nigeria’s people live on less than $2 a day and that despite the recent rapid growth of its non-oil sector, it is overly dependent on the commodity, from which it derives 70 per cent of government revenues and 90 per cent of export earnings.

In recent months, Nigeria has been reminded of its vulnerabilities. Its stock exchange, having climbed 40 per cent in 2013, has dropped sharply and its currency has weakened because of a fall in oil revenues and foreign portfolio inflows slowing as the US has unwound its quantitative easing programme. The central bank warned in January that “monetary policy is almost at its limits” in terms of keeping the Naira stable.